Victory for the Housekeepers! 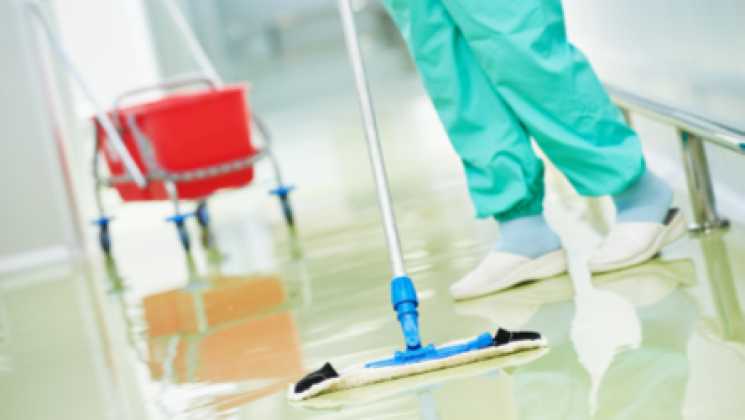 UNISON has successfully negotiated a settlement with United Lincolnshire Hospitals Trust which will prevent the loss of many of it’s experienced housekeeping staff and preserve their dignity at work.

Housekeepers are vital workers in the running of the health service. They are constantly on the front line in the battle against infection as well as being responsible for running our kitchens, canteens and cafeterias – keeping the bellies of legions of health care workers, patients and visitors full day in, day out.

Last October, housekeepers at Pilgrim Hospital in Boston found a letter, inexplicably left lying on a staff room table, informing them that they would be forced to spend every other week working as “auxiliary” staff. This would have seen the housekeepers – many of whom are at the older end of the workforce –  being forced to do unsuitable work at short notice, potentially at great risk to their physical and mental health. Kitchen staff were concerned about being forced to do the often heavy work of cleaning, while some housekeepers who suffer from anxiety and do cleaning duties were worried about the very public-facing nature of working in the kitchens.

Many were threatening to quit if this new regime came to pass, at a time when the Trust is already struggling to fill vacancies across the board.

With the support of UNISON, the housekeepers secured agreement at a meeting yesterday (23rd January) that HR and management will, in future, properly communicate with them in via staff meetings and that instead of doing each role every other week, they will voluntarily swap roles twice a month. The agreement has saved the Trust from the possibility of losing many experienced staff and demonstrates UNISON and our members’ continued determination to secure dignity and respect at work.

We use cookies on our website to ensure you find the information you need in the simplest way. By continuing to use our website you are consenting to their use. Find out more about cookies and how we use them.